Making the Switch for a Better Facility Management User Experience

Located on the Wisconsin/Minnesota border off I-90 on the way to Minneapolis, La Crosse is a beautiful Wisconsin city of over 51,000 people. The buildings and grounds crew at La Crosse School District is focused on ensuring facilities are safe, secure, and clean for students and staff.

While La Crosse School District had a facility management system in place, the user experience left a lot to be desired. In fact, it was so poor that the system was rarely used by building engineers who are in charge of managing the different buildings.

As Scott Johnson, Buildings and Grounds Manager at La Crosse School District, puts it, “You almost had to be a programmer to use it. When software isn’t easy to use and easy to access, people just aren’t going to use it. That’s the situation we were in.” 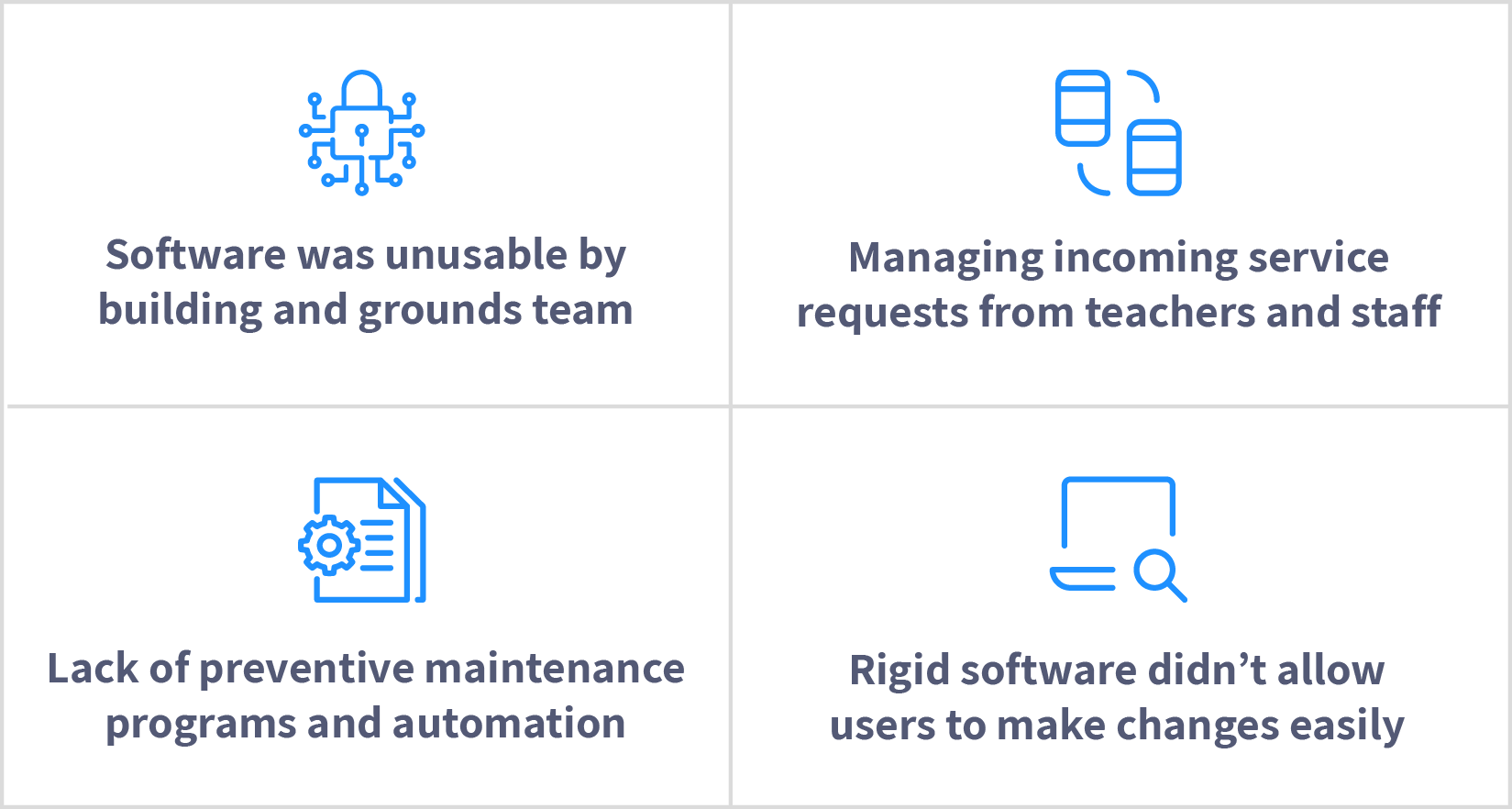 While there was growing frustration with their current system, Scott didn’t feel like there was a lot else out there. This all changed while attending a local Wisconsin Association of School Business Officials (WASBO) event, where he was introduced to AkitaBox. After seeing the software in action and how easy it was to use, he knew it was time for a change.

With AkitaBox, Scott and his team have found the end user experience to be the biggest benefit, and it has become an important part of how building engineers do their job. After initial set up, his team has learned how to best utilize the software on a daily basis.

Building engineers now have instant access to asset and maintenance data, allowing them to be better prepared for their daily work and complete it more efficiently. O&M manuals, maintenance history, parts needed, and more are all readily available. The Location-based Asset Mapping portion helps everyone know exactly where assets are for work orders and PMs.

Not only is the system easier to use, but Scott and his team now fully control their data in AkitaBox. The ability to create new pins, decommission old ones, and create custom data fields has allowed them to keep a complete inventory of their facilities assets for end of the year budgeting. For Scott, making the switch has proven to be the right decision. “The changeover was easy. Our partnership with AkitaBox has been very successful.” says Scott.

Benefits that Extend Beyond Buildings and Grounds

The La Crosse School District IT department is using AkitaBox daily to keep an accurate inventory of their IT assets throughout the schools. With the flexibility to create unique asset pins and data fields, they are tracking a whole host of IT assets, including phones, access points, computers, and more.

“For me personally, I love the ability to track serial number, mac address, and utilize the notes field for additional information at the click of a button. The ability to have our information anywhere I am when someone is having troubles, or knowing where jacks are for construction projects, will be very helpful going forward. It’s very user friendly.”

AkitaBox is also being leveraged to help the nutrition staff and truck drivers more efficiently transport food between buildings. When a school is running low on something, they can easily put in a work order to request more, eliminating delays that used to happen with the old system. “Before the request might get lost or take a day or two. Our staff is relaxed now knowing when they put a work order it gets done quickly,” Scott explained.

Going forward, Scott is looking forward to building out their assets even more and including the school administrators so they can access information on the assets that matter to them. 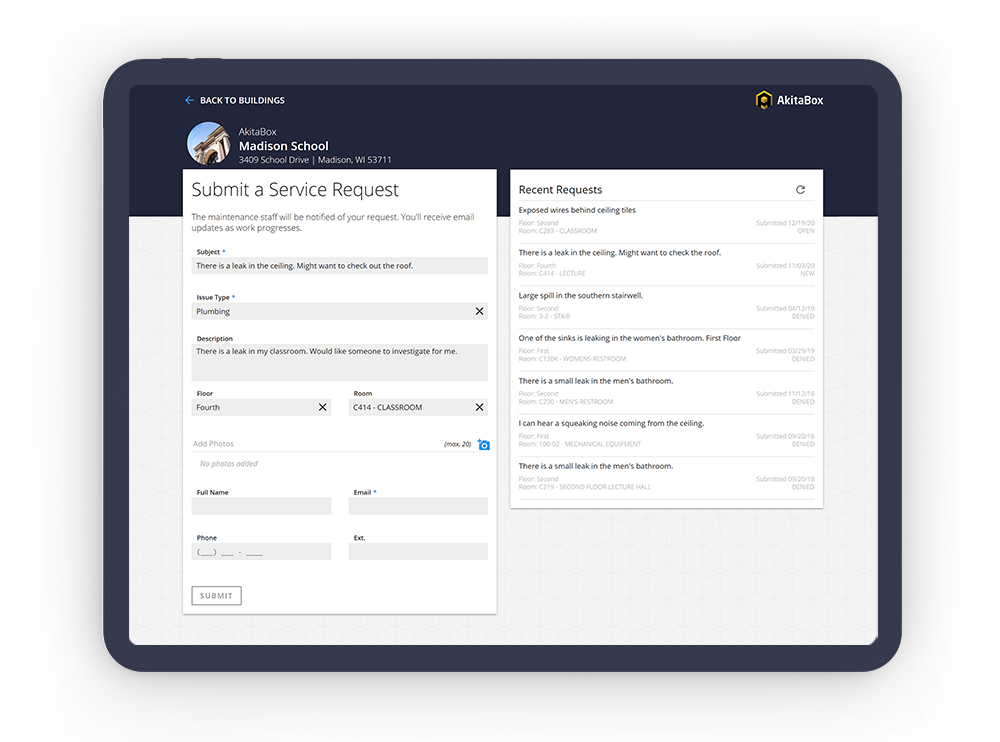 One of the biggest benefits for Scott and his team has been the simple service request portal, which provides a single link for teachers and staff to request work. Everyone is busy at the school, so having a single portal to submit work requests has saved everyone time. “Instead of a busy teacher having to find an engineer or custodian in the hallway who is also busy, they can quickly put in a service request,” says Scott about the benefit.

Scott and his team are automatically notified of these incoming requests, allowing them to better track and manage their maintenance work from start to finish. Scott uses this digital record keeping to check on any work orders that are past due or have been open for a long time, allowing them to prioritize those and achieve their mission of safe, secure, and clean facilities.

Ready to Take Your Facilities Management to the Next Level?